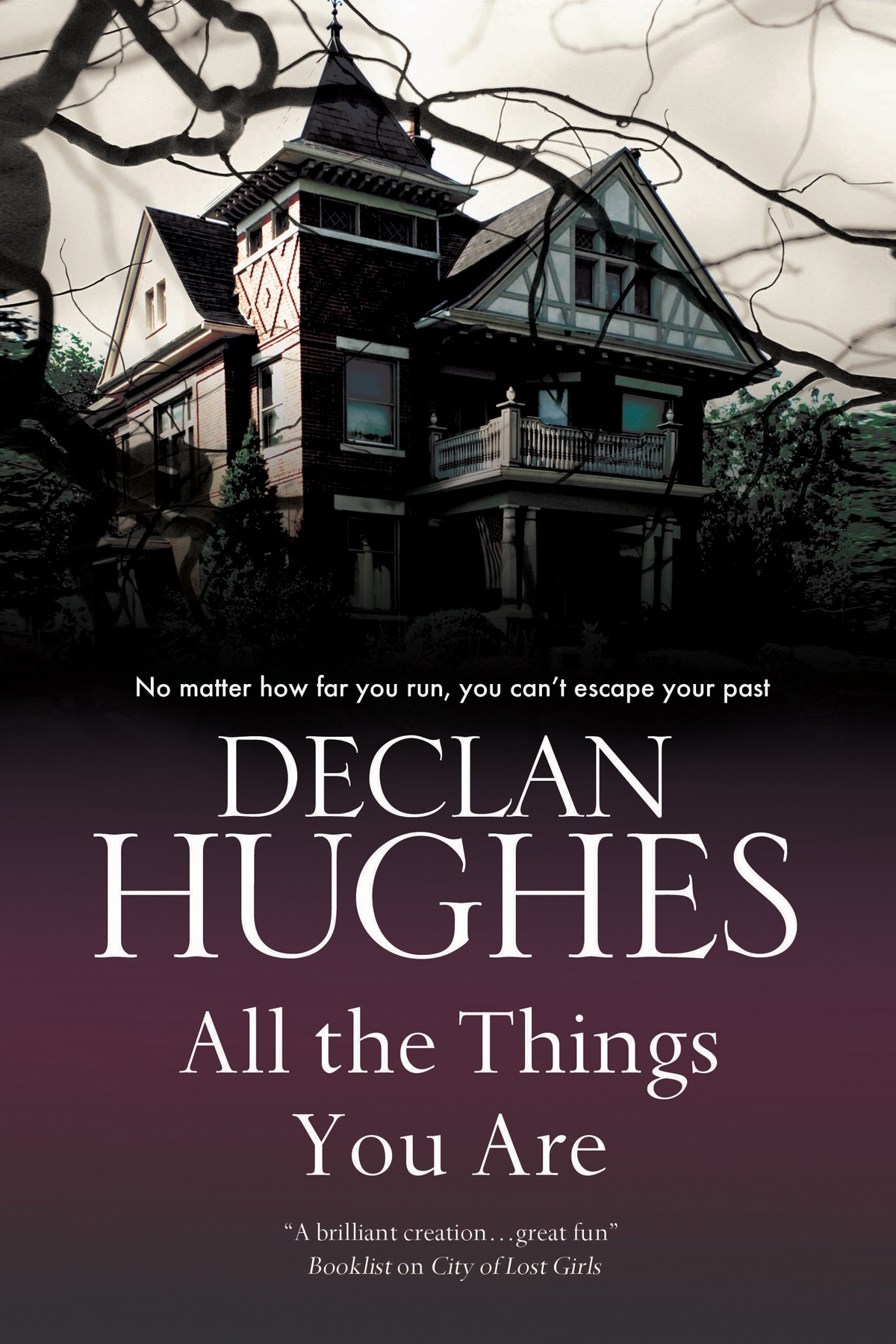 All the Things You Are
by Declan Hughes

When her husband and two daughters disappear, housewife Clare Taylor discovers that her ordinary domestic life has been built on a lie.

About to turn forty, her youthful dreams of becoming an actress abandoned, there’s no doubt in her mind that suburban wife and mother-of-two Clare Taylor has settled. A wild week in Chicago may have shaken things up a bit, but as she turns her key in her Madison, Wisconsin home on the eve of Hallowe’en, she knows that what happened with her ex was nothing more than a distraction, that this is where her life is.

Except it’s all gone. The furniture gone, the house stripped, her husband Danny, her daughters, all gone; no message; no note, nothing. Outside in the dark, searching for a sign, she steps in one: the eviscerated body of the family dog.

By dawn next morning, her supposedly mortgage-free home has been foreclosed against, one of Danny’s childhood friends lies dead in her backyard, and Clare is caught up in a nightmare that began with her husband on Hallowe’en night, 1976. A nightmare that reaches its terrifying climax thirty-five years later.

“Cutting back and forth from Claire to Danny to a Madison police officer to an assassin who’s been hired by a shadowy Mr. Big, Hughes sticks so close to each one that he manages to create a threatening, baffling world that feels both kaleidoscopic and claustrophobic”

“Hughes has created an effective puzzle, rife with misdirection and unreliable protagonists”