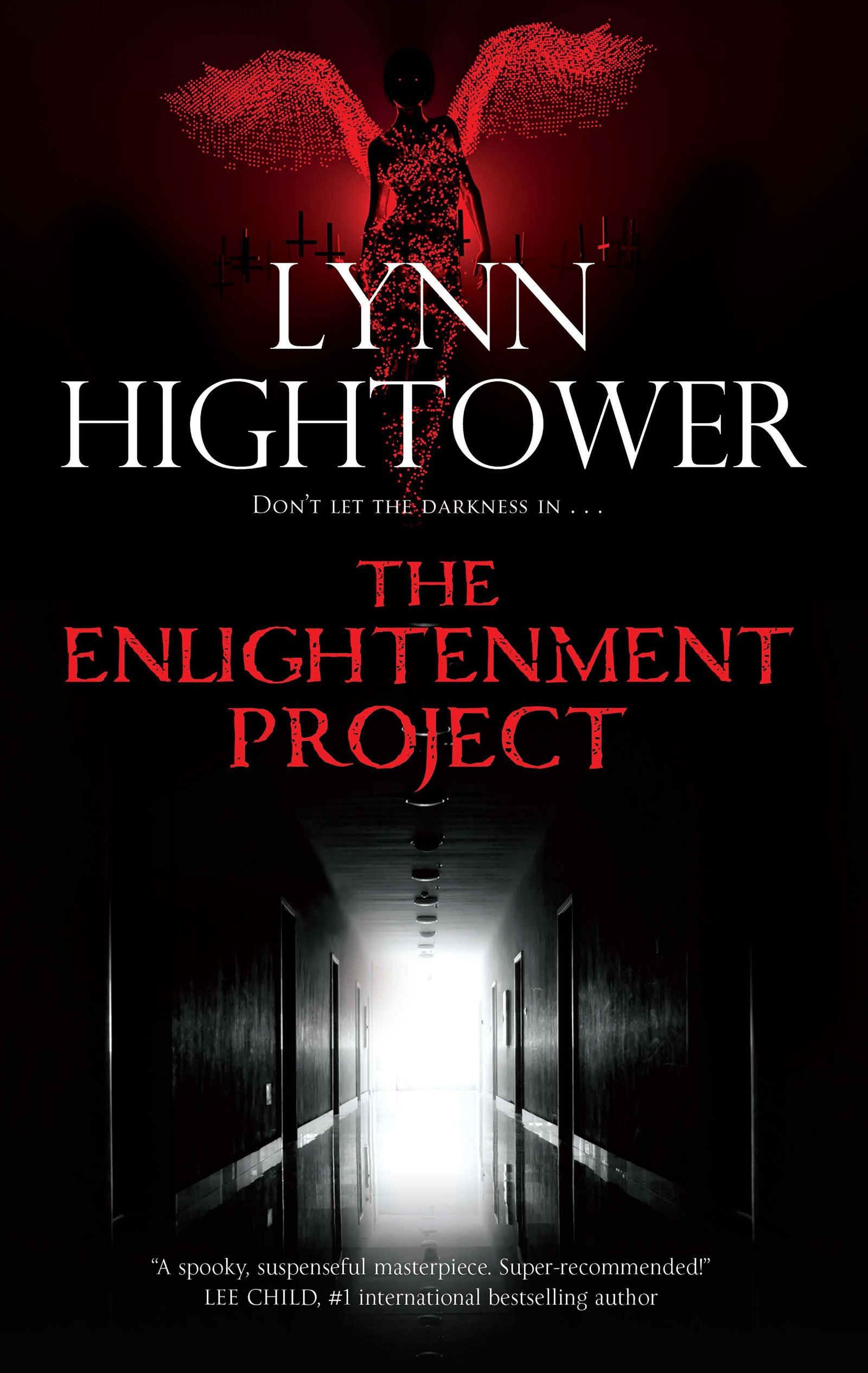 The Enlightenment Project
by Lynn Hightower

“Sensitive characterizations match the imaginative plot. Readers will compulsively turn the pages to see how it all ends” – Publishers Weekly Starred Review

Noah Archer is a renowned neurosurgeon, with an impressive success record. He has a happy home, with his beloved wife Moira, their two adopted sons, and a dog who’s a very good girl.

But Noah keeps a dark secret, shared only with his old friend Father Perry Cavanaugh. When he was just a boy, he was possessed by a demon – and it was only thanks to the exorcist priest that he survived.

Now, Noah works at the cutting edge of medical science and religion, researching the effects of spirituality on the brain. His current research study – The Enlightenment Project – promises breakthrough treatments for depression, addiction and mental illness, and preliminary results are astounding.

But after a late-night emergency surgery, Noah returns to his office to find Father Perry waiting for him, with a terrible warning. The Enlightenment Project may not be closing the door to the darkness at all . . . but instead letting it in.

Demonic possession is now a recognized psychiatric condition, and the number of exorcist priests in the US has quadrupled in the last decade. As well as being a thrilling read, THE ENLIGHTENMENT PROJECT is an intelligent and fascinating view into the complex worlds of both the medical and the supernatural.

“Lynn Hightower is a brave, bold writer - and this spooky, suspenseful masterpiece could be her best yet. Super-recommended!”

“Sensitive characterizations match the imaginative plot. Readers will compulsively turn the pages to see how it all ends”

“Both the medical and supernatural elements are detailed in engrossing terms. But human connections are at the heart of the novel’s draw”

“Establishing unsettling tones early on, the book’s tension mounts, even during its quiet, tender moments”

“This taut psychological page-turner has a gripping, tightly woven plot and is jam-packed with head-spinning twists and an overwhelming sense of menace that will keep readers riveted”

Booklist on Even in Darkness

Kirkus Reviews on Even in Darkness

“Fast pacing, a strong and sympathetic main character, and a genuinely frightening supernatural being keep the pages turning in this ghostly thriller”

Booklist on The Piper

Kirkus Reviews on The Piper

Lynn Hightower is the internationally bestselling author of numerous thrillers including the Sonora Blair and Lena Padget detective series. She has previously won the Shamus Award for Best First Private Eye novel and a WH Smith Fresh Talent Award. Lynn lives in Kentucky, in a small Victorian cottage with a writing parlor.