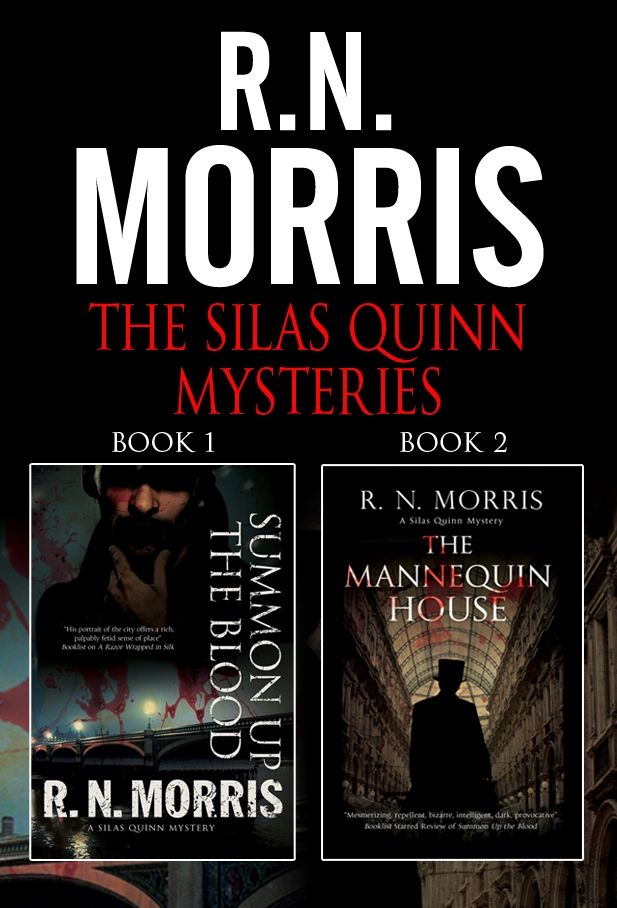 In the turbulent months leading up to World War I, Scotland Yard’s maverick Detective Inspector Silas Quinn and his loyal sergeants Inchball and Macadam must track down a killer who leaves no blood in his victims’ bodies, and a subsequent murder in which the chief suspect is a monkey.

Summon up the Blood

London, 1914. A killer is at liberty in the dark alleys of the city. The cadavers of his victims all have one thing in common: there is no blood in their bodies. As the killer’s reign of terror continues, Scotland Yard’s Detective Inspector Silas Quinn finds his suspicions focusing on the members of an exclusive gentleman’s club . . .

Atmospheric and macabre, Summon Up the Blood takes the reader on a disturbing yet fascinating journey through London’s aristocratic watering holes, seedy brothels and shadowy underworld in the turbulent months leading up to World War

In this intriguing historical mystery, Detective Inspector Silas Quinn investigates one of the strangest cases of his career . . .

London, 1914. Called out to investigate the murder of a fashion model employed by the House of Blackley, a prestigious Kensington department store, Detective Inspector Silas Quinn of Scotland Yard’s Special Crimes Department is thrown into the bizarre: the chief murder suspect is a monkey. He may be sceptical, but how will Quinn ever get to the truth when faced with the maelstrom of seething jealousy, resentment, forbidden desires and thwarted passion that is the Mannequin House?