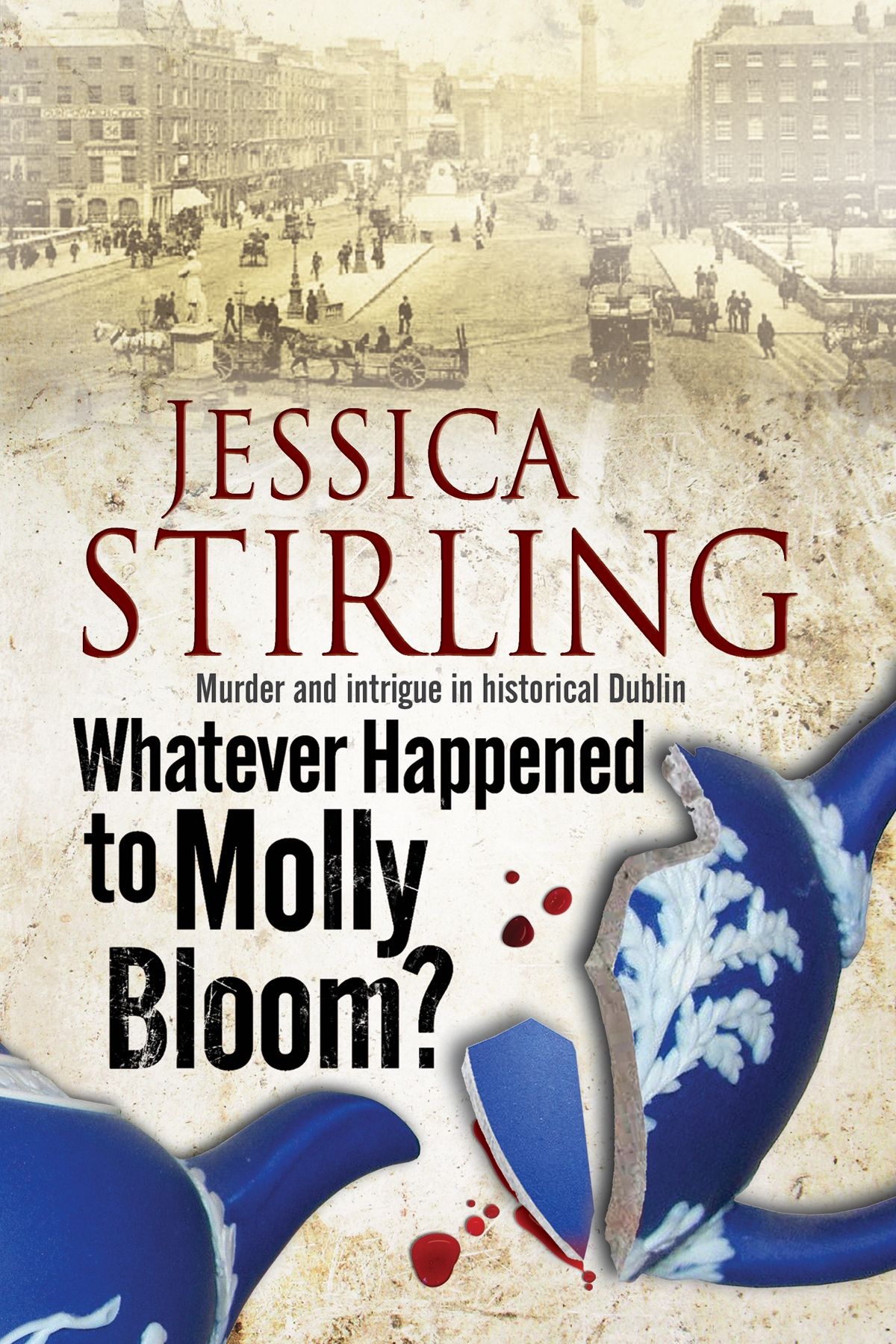 Whatever Happened to Molly Bloom?
by Jessica Stirling

Who murdered Molly? Was it Leopold Bloom, in the kitchen, with a teapot . . .?

Detective Inspector Jim Kinsella of the Dublin police force is called to the scene when the body of Molly Bloom has been found in her own kitchen where she has been beaten to death with a teapot. Although her husband, Leopold Bloom, is immediately taken into custody without a convincing alibi, Kinsella begins to have his doubts and suspicion falls upon Molly’s fellow singer and alleged lover, Hugh ‘Blazes’ Boylan.

Kinsella, aided by his colleague, Inspector Tom Machin, probes the conflicting stories of Bloom and Boylan. Were the pair seen fighting outside a brothel the night of Molly’s murder? And what of the unusual scent, imported from America and found on a cotton ball beneath the Blooms’ bed, that Kinsella hopes will lead him to Leopold’s own dirty little secret?

Kinsella is determined to ensure the wrong man doesn’t end up behind bars, and, in seeking the truth, stumbles upon more than he bargained for…

Whatever Happened to Molly Bloom? by Jessica Stirling is available in the following formats