Read an Excerpt of G.M. Malliet’s DEATH IN CORNWALL 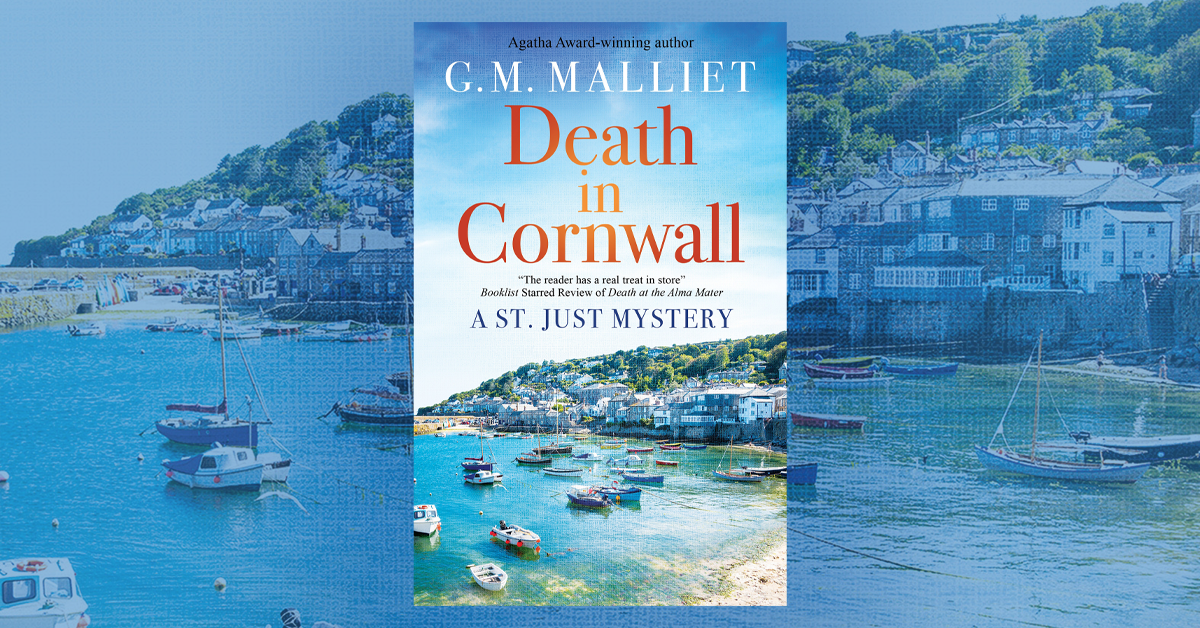 Read a sneak preview of Chapter One of Death in Cornwall.

There were words for women like Sybil Gosling – words like Wiccan or Druid, or basically any spiritual alliance that fell under the pagan umbrella – but ‘fey’ described her best, particularly since she rejected all organized religion, even the outliers. She believed in harming no one and wishing everyone ‘well and happy’. Possibly as a result, she was a bit of an outcast. She was affable for the most part, and thought to be harmless, but she marched to the beat of her own (Shamanic ritual) drum.

Sybil lived alone on the Cornish moors in a small cottage at the edge of the known British world – not far, in fact, from Land’s End. She tended a vegetable garden and bartered for whatever else she needed; she knitted woollens which she sold in a shop in nearby Maidsfell to supplement her pensioner’s income. When her brother died, she was alone in the world but he left her the house to live in.

She told people she was affiliated with English Heritage, an organization from which she had in fact retired some years before. Actually, it had been quietly suggested she might enjoy an early retirement with more time to spend in her garden.

At the time, the trust for the organization had been in a flurry of pandemic cutbacks anyway and so, quite unsupervised and unauthorized, Sybil had carried on her duties tending the historic Fourteen Maidens on the headland overlooking Maidsfell – duties which included shooing away teenaged (and other) lovers, keeping evergreen spindle trees and hardy shrubs trimmed and nourished so they could thrive despite cold winter winds and salt air, and collecting rubbish left behind by picnicking non-believers who did not know or care they were in a sacred and holy place.

Children laughed at ‘Sybil the Scarecrow’. The fear behind this taunting pained her, for she loved children. It was the parents who were so often difficult to love, but Sybil never stopped trying. People just needed to channel their energies better and teach their children to do the same.

Her main worry was vandalism, as had occurred when ruffians spray-painted the Fourteen Maidens all colours of the rainbow. She supposed she should be grateful they’d used a washable paint, but her heart had stopped when she’d walked up the cliff path that day and seen the desecration. It had been their idea of a joke, of course. People were ignorant and lacking the imagination to know there would be repercussions. Horrid repercussions.

Another concern, and really the one that kept Sybil awake at night, was the fragility of the cliff itself. With the next heavy rain there could be a cliff fall – huge chunks of mud and stone and grass might break off, the whole site collapse and take the ancient, precious standing stones with it. That sort of thing happened all the time along the Cornish coast, but few monuments like the Fourteen Maidens had been erected atop the precarious cliffs.

A cliff fall would be a calamity not just for the Maidens but for the entire village. The church and churchyard, built on a promontory above the standing stones, was in particular danger. She had tried to warn the village council but been unable to convince the pearls-and-pumps brigade to take up the cause. Her letter to the council, so painstakingly composed, had been read aloud at the meeting. It had been met with witless mirth but no action.

Still, she could not entirely blame them for their ignorance. No one living knew the truth of the Maidens and what they guarded but Sybil herself.

She had decided it was best for now to keep it that way.

One balmy day in August, as Sybil was weeding round the stone closest to the cliff’s edge, her hands froze in their task, hovering as if suspended by ropes above the sacred ground. Without knowing how she knew – Sybil never could divine where the Knowing came from – she knew there was trouble coming to the village of Maidsfell.

A very large, dark-haired man was on the way, a man at the wheel of an oddly small red conveyance. A woman sat at his left. Sybil knew he was a good man, a just man, but trouble had sent him and his lady on their journey.

Or perhaps they were bringing the trouble.

Fleeting, confused images of falling bodies, of blood and fire, passed through Sybil’s mind. She sat back on her haunches, trying to steady herself, only gradually able to slow her breathing.

She wouldn’t know until she met the pair and took their measure. There was no doubt they were headed to Maidsfell.

But whatever brought them or why, the secrets of the Maidens must be kept at all costs.

It was Sybil’s sacred trust. 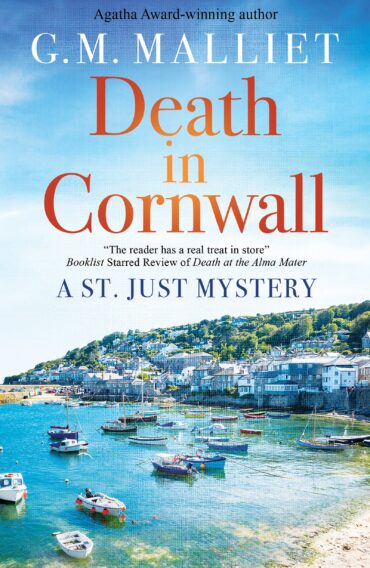 Agatha Award-winning G.M. Malliet is the acclaimed author of two traditional mystery series and a standalone novel set in England. The first entry in the DCI St. Just series, Death of a Cozy Writer, won the Agatha Award for Best First Novel and was nominated for Macavity and Anthony Awards. The Rev. Max Tudor series has been nominated for many awards as have several of her short stories appearing in Ellery Queen Mystery Magazine and The Strand. The Augusta Hawke mysteries, of which Invitation to a Killer is the second, are her first novels set in the U.S., where she and her husband now live.www.gmmalliet.com 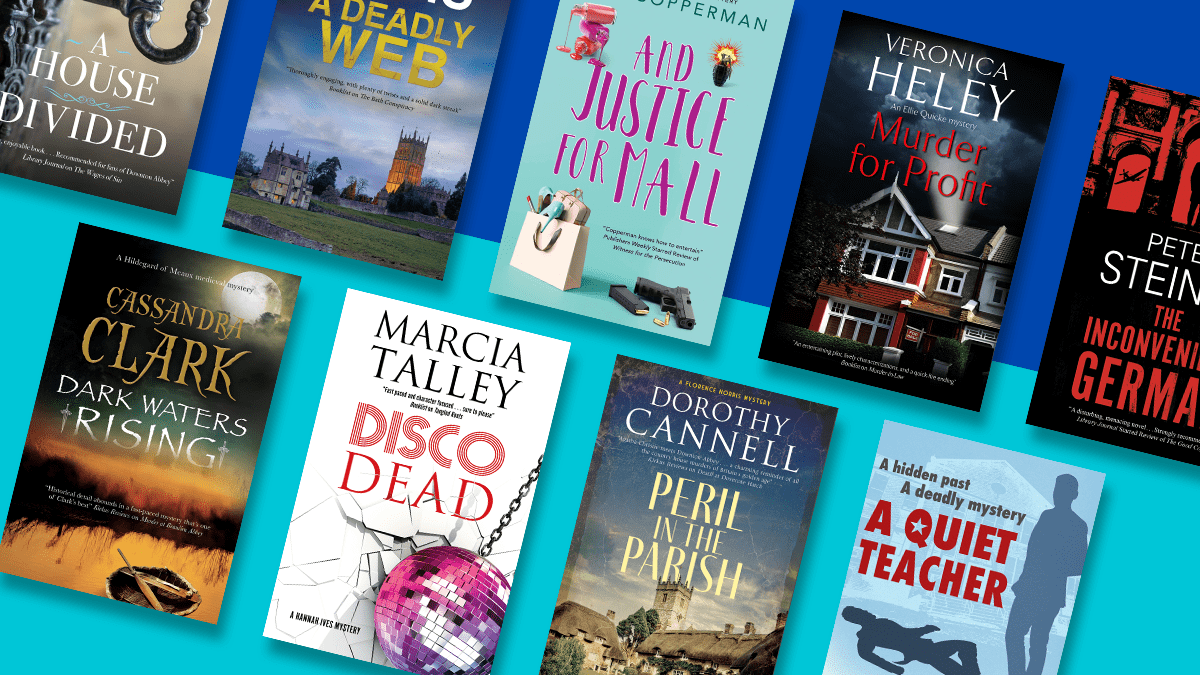 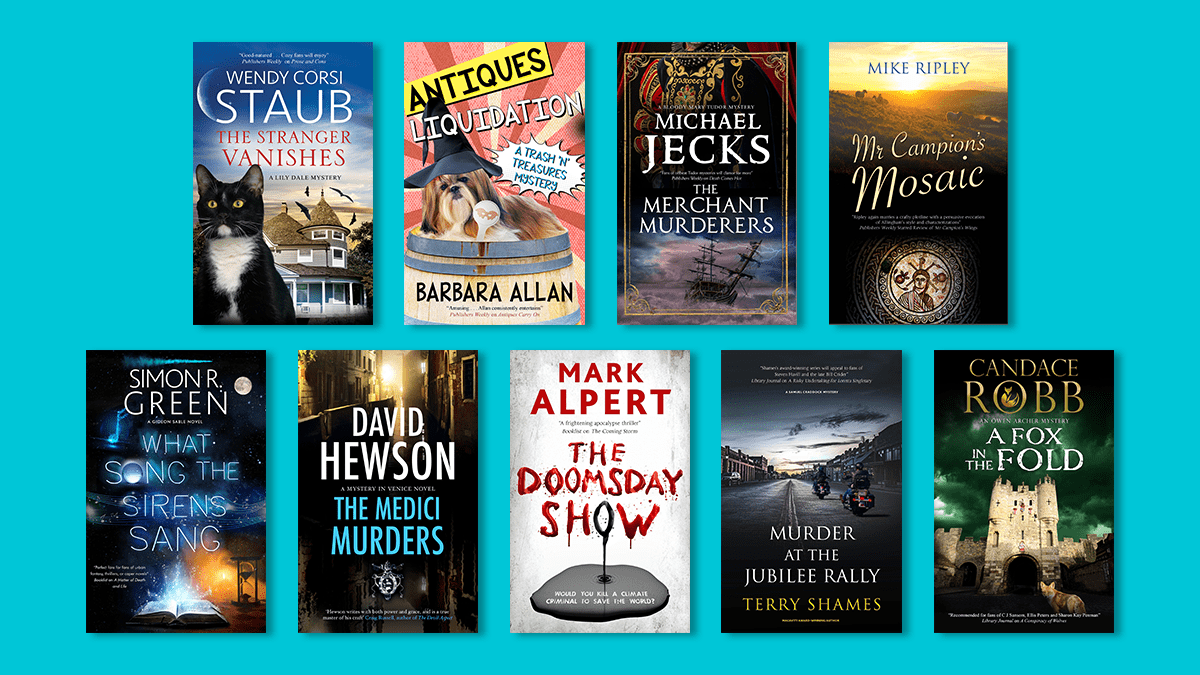 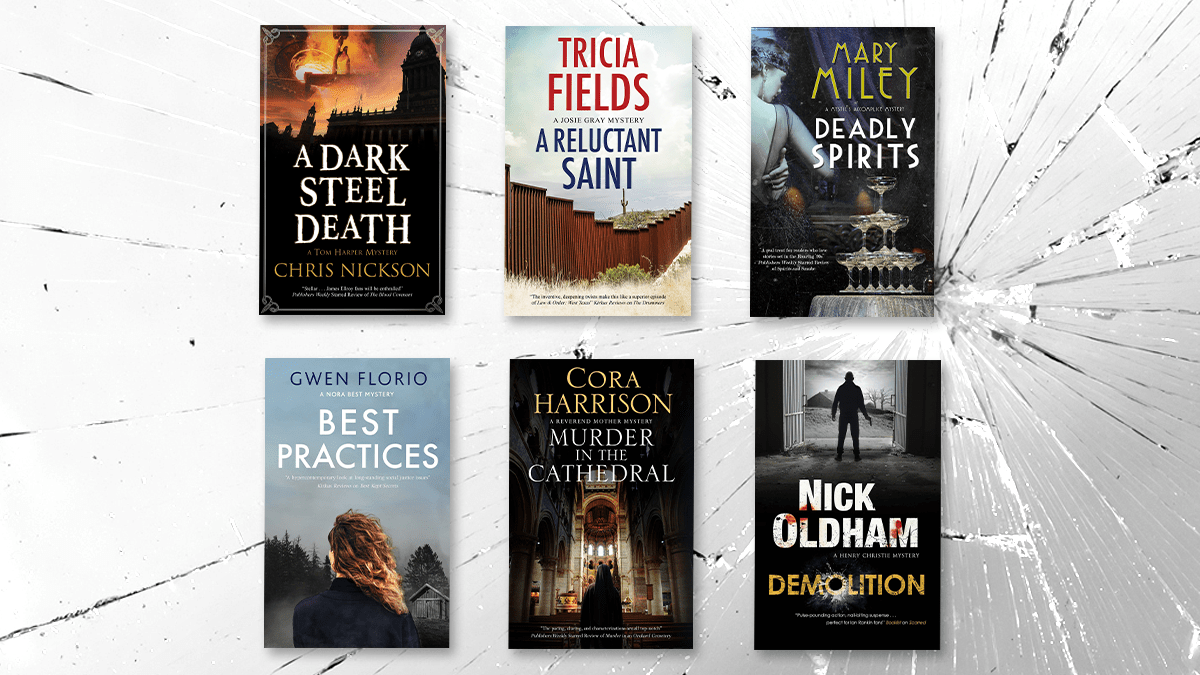