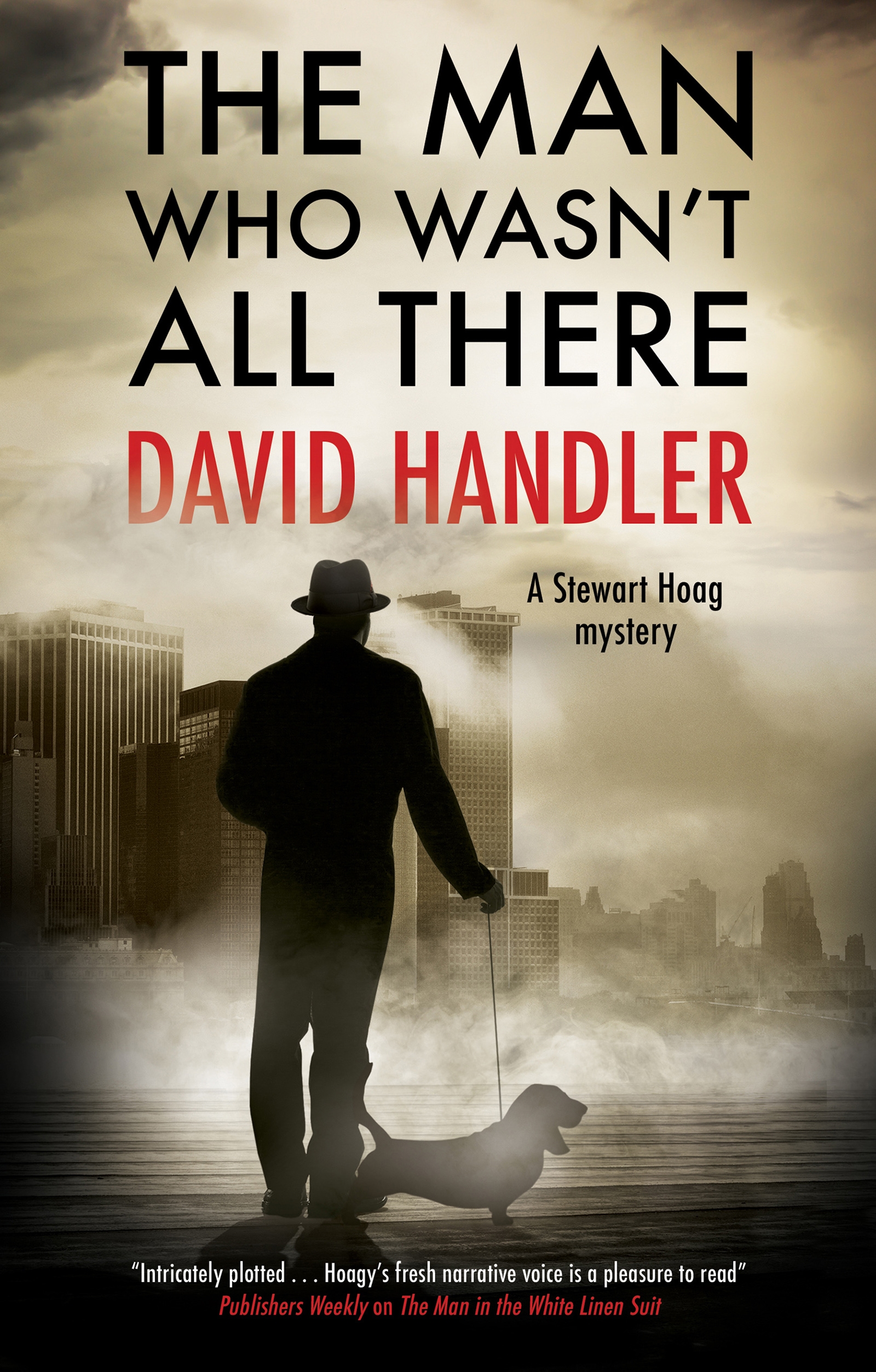 The Man Who Wasn’t All There
by David Handler

After six glorious weeks of hard work on his long-overdue second novel, celebrity-ghostwriter Stewart “Hoagy” Hoag has hit a crossroads in his plot. He thinks a change of scenery will do him good – and he knows just the place. His ex-wife, the actress Merilee Nash, has offered him the use of her idyllic Connecticut farmhouse, while she’s away shooting a movie in Budapest.

Hoagy and his beloved basset hound Lulu settle in for a few days’ rest and relaxation. Hoagy expects fall splendor, long walks and crisp night air. He doesn’t expect Merilee’s eccentric, unwelcoming neighbor. Austin Talmadge warns Hoagy not to get on his bad side, but what harm can a country oddball like Austin do?

Quite a lot, it turns out. All Hoagy wants to do is relax and clear his head, but soon he’s caught up in a strange, complex mystery – and he’ll need all his wits about him, and Lulu’s unerring nose, if he’s to come out of this one alive . . .

“A gift to fans, while at the same time being an excellent way for newcomers to get to know Hoagy”

Publishers Weekly on The Man in the White Linen Suit

“Hoagy is a thoroughly engaging amateur sleuth ... This tenth installment in the series is pure pleasure”

Booklist Starred Review of The Man Who Couldn’t Miss

“Delightful ... Fans of light period mysteries full of famous names will be enchanted”

Publishers Weekly on The Man Who Couldn’t Miss

Library Journal on The Man Who Couldn’t Miss

Publishers Weekly Starred Review of The Girl with Kaleidoscope Eyes

“The characters and dialogue don’t disappoint, and the sorely missed hero’s mixture of cynicism and sweetness plays as well as ever”

Kirkus Reviews on The Girl with Kaleidoscope Eyes

David Handler was born and raised in Los Angeles and published two highly-acclaimed novels about growing up there, before resorting to a life of Edgar and American Mystery Award-winning crime fiction. David has written twelve novels about the witty and dapper celebrity ghostwriter Stewart Hoag and his faithful, neurotic basset hound Lulu, and is also the author of the Berger & Mitry and the Benji Golden mystery series.David was a member of the original writing staff that created the Emmy Award-winning sitcom Kate and Allie, and has continued to write extensively for television and films. He lives in a 200-year-old carriage house in Old Lyme, Connecticut. 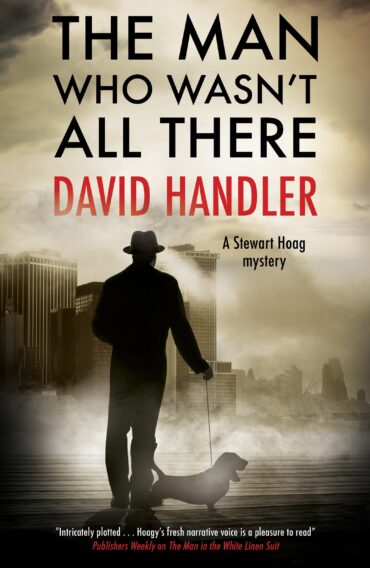 The Man Who Wasn’t All There