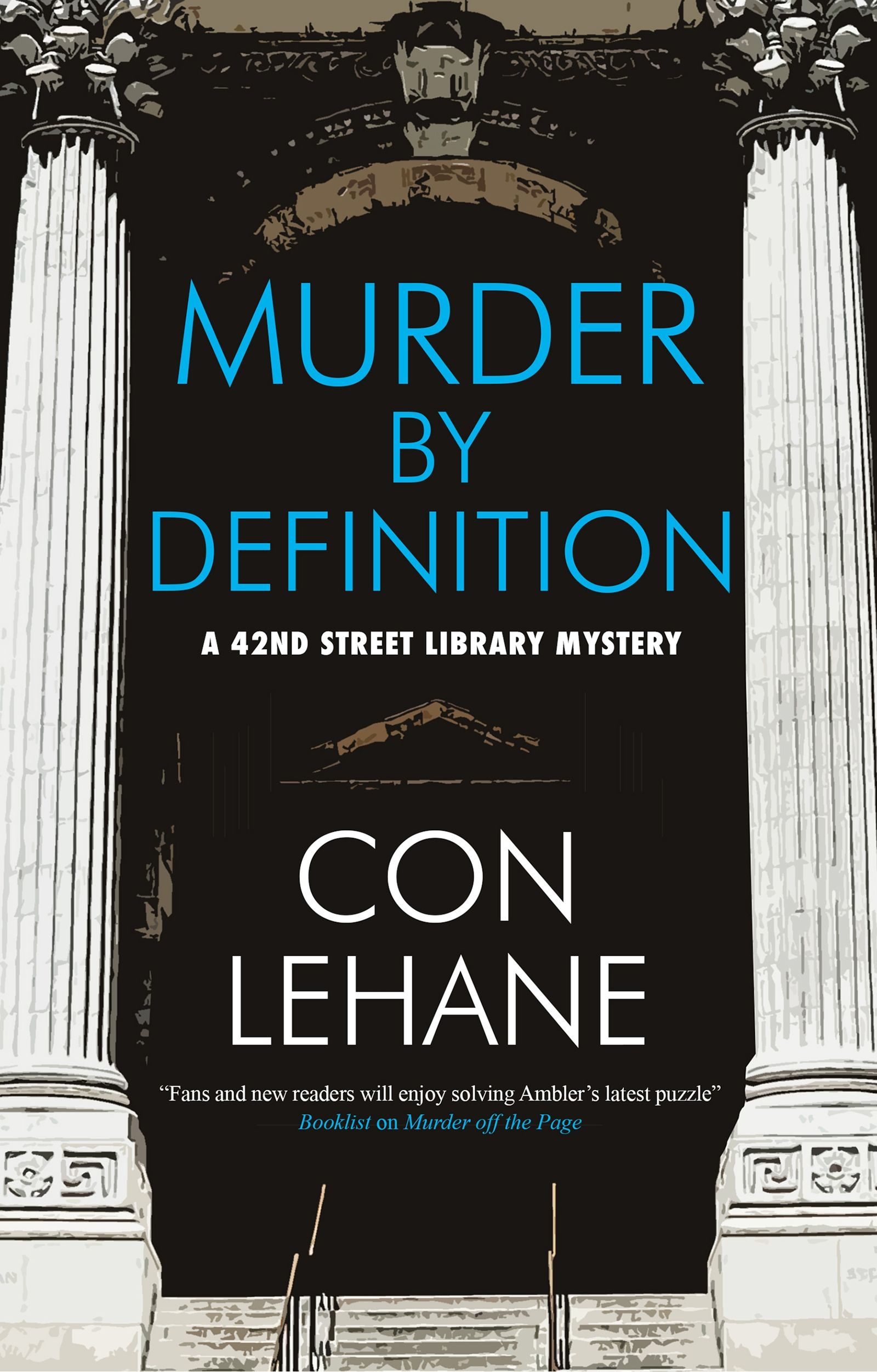 Murder by Definition
by Con Lehane

Crime-fiction librarian Ray Ambler gets more than he bargained for when he acquires the archives of a controversial hardboiled crime author in this contemporary twisty mystery set in New York City.

Hardboiled crime writer Will Ford might be critically acclaimed, but he’s every bit as drunken and disreputable as the ne’er-do-well private eye in his novels. So when Ford offers Raymond Ambler – crime-fiction curator at New York City’s prestigious 42nd Street Library – a collection of his papers, Ambler wonders if the project will be more trouble than it’s worth. Still, the disgraced author is an important talent, and Ambler’s never been afraid of a fight.

Ambler’s ready for the controversy that greets news of the acquisition. He’s not ready, however, for what he finds when he finally receives the papers: a gripping unpublished short story apparently based on a real case, with an explosive author’s note. If it’s true, there’s been a shocking coverup at the heart of the NYPD – and a cop has got away with murder.

If it’s true. Ford’s not talking, and Ambler’s good friend Mike Cosgrave, a veteran NYPD homicide detective, is beyond skeptical. But as the pair investigate, they’re drawn into the sordid underbelly of 1990s New York, packed with pimps, thugs and mobsters . . . and they’ll be lucky to come back out alive.

Gritty and fast-paced, this story of police corruption, murder and mayhem is a great choice for fans of traditional mysteries with complex plotting, atmospheric settings and red herrings a plenty!

Booklist on Murder off the Page

Booklist on Murder off the Page

“Atmospheric setting . . . Those who love New York City and libraries will be rewarded”

Publishers Weekly on Murder off the Page

“Plot twists and multiple points of view add to a gritty, complex tale that weaves details of library work and references to crime novels throughout the story”

Booklist on Murder in the Manuscript Room

Library Journal on Murder in the Manuscript Room

“The complicated Ray . . . looks like a promising newcomer in the talented-amateur ranks”

Kirkus Reviews on Murder at the 42nd Street Library

“A fun read for mystery buffs and librarians alike”

Library Journal on Murder at the 42nd Street Library

“Enjoyable first in a new series”

Publishers Weekly on Murder at the 42nd Street Library

Con Lehane is a mystery writer, living in Washington, DC. He is the author of the 42nd Street Library mysteries, featuring Raymond Ambler, curator of the library’s (fictional) crime fiction collection. He’s also the author of three mysteries featuring New York City bartender Brian McNulty, and has published short stories in Ellery Queen Mystery Magazine and Alfred Hitchcock Mystery Magazine.Over the years, he has been a college professor, union organizer and labor journalist, and has tended bar at two-dozen or so drinking establishments. He holds a Master of Fine Arts degree in fiction writing from Columbia University School of the Arts and teaches writing at The Writer’s Center in Bethesda, Maryland. 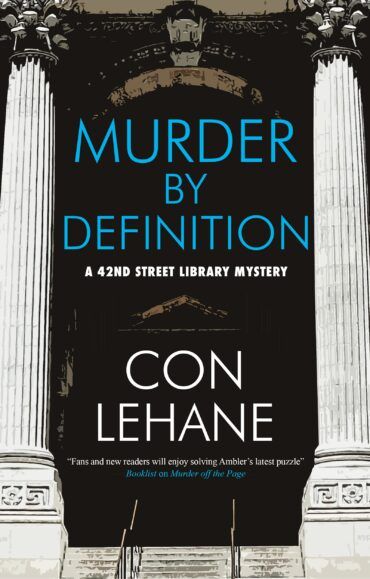