Read an Excerpt from Alys Clare’s MAGIC IN THE WEAVE 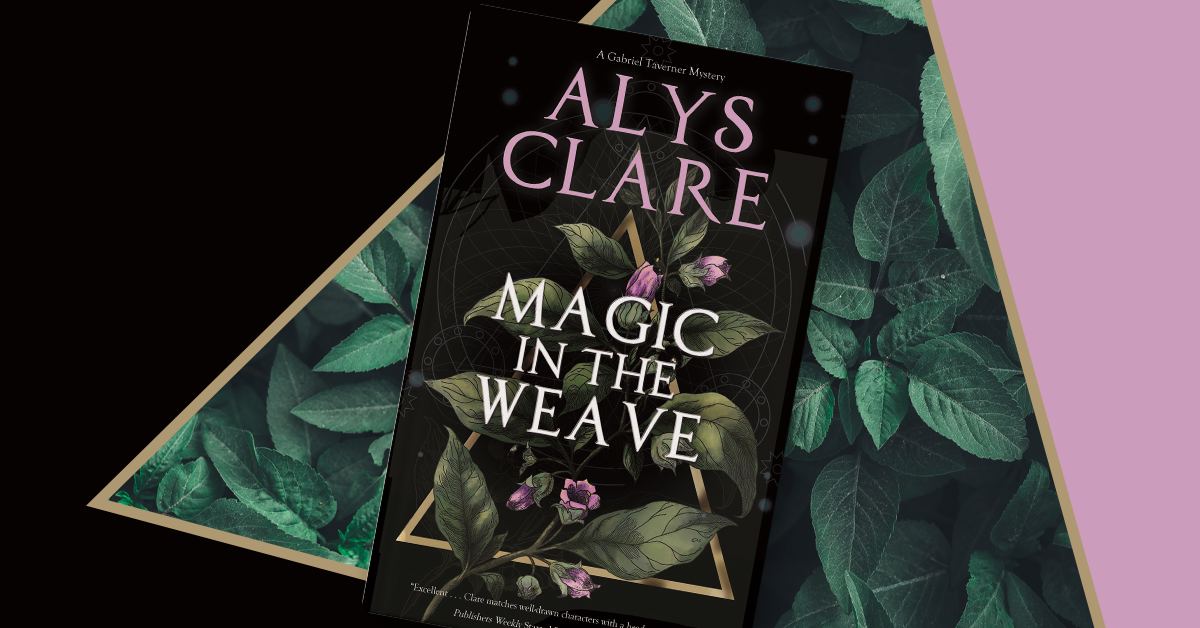 In Alys Clare‘s brand new historical mystery, seventeenth-century physician-sleuth Gabriel Tavener gets mixed up in a dark and dangerous mystery when Shakespeare’s theatre company visit Portsmouth on their ‘Plague Tour’.

Here’s a sneak preview from Chapter One of Magic in the Weave.

‘Why is he believing all this?’ my sister hissed, angry tears in her eyes. ‘Is he stupid? Mad?’

‘Sssshh!’ A cross-looking man standing nearby spun round and scowled at her. As he turned to look down towards the players again she stuck her tongue out at him.

‘His lieutenant is clever,’ Judyth Penwarden whispered back. ‘He perceives that his general is insecure. He cannot quite believe in this miraculous thing that has happened, and thus he is vulnerable to having the doubts planted.’

‘But why is the lieutenant doing it?’ Celia persisted.

Judyth shrugged, and I could tell from her rapt expression that she wanted to give her full attention to what was happening down in the inn yard.

I felt the same, and I hoped Celia would take the hint.

We were standing in a row, the four of us – Jonathan Carew, Celia, Judyth and I – on an upper gallery looking down onto the yard of the Saracen’s Head in Plymouth. We had secured a spot at the front so that we could lean against the wooden railing, which was just as well as it was the only means of support. A small amount of warmth permeated out from the rooms at the rear of the gallery, which, although the day was mild, was welcome in view of the necessity to stand still. There was nowhere to sit and the play was rumoured to be some two and a half hours long. I had anticipated that I might find this excursion trying, for I’d been very busy of late and my own hearth, with a pipe of tobacco and a glass of port to hand, had more appeal than standing over an inn yard watching a band of players. But I hadn’t managed to resist the invitation, because for one thing the players were a London company with a fine reputation, and for another, the outing had been Judyth’s suggestion.

I did not have it in me to refuse an opportunity to spend an afternoon with Judyth. And, as I was discovering, the players were worthy of their reputation.

There was plague in London – hardly a rare occurrence – and the theatres were closed. This particular group had abandoned the dangers of the capital and set off to keep the wolf from the door by touring the towns of the West Country, sensibly getting as far away from the lethal infection as they could. I’d heard someone refer to it as the Plague Tour, and the word was that the Company – that appeared to be the name they were known by – had at least half a dozen plays in their repertoire and probably more.

The play that was currently enthralling the entire audience told the story of a battle-weary general who, well into middle age, fell deeply and overwhelmingly in love with the innocent, sheltered daughter of a Venetian merchant. He discovered to his absolute amazement that she returned his ardour in full, and the pair were secretly married immediately before the general was commanded to sail off to defend the island of Cyprus from attack by the Turks. His evil second-in-command took it into his head to make his general believe his beautiful young wife was unfaithful to him, and so successfully did he worm this falsehood into the older man’s anxious mind that, with terrifying haste, almost straight away he began to plan how to kill her.

The evil lieutenant played on the general’s inexperience. The general – his name was Othello – was a black man, a Moor, in a sophisticated society where people of that race were uncommon, and the very words employed by Iago – that was the name of the villainous subordinate – carried the clear suggestion that sex and marriage between the middle-aged Moor and the young Venetian girl were abhorrent; bestial, almost. An old black ram is tupping your white ewe was an example of the sort of remarks that Iago yelled out to the girl’s horrified father; as well as you’ll have your daughter covered with a Barbary horse; and your daughter and the Moor are now making the beast with two backs.

As the play continued towards its tragic and inevitable outcome, it seemed to me that the whole powerful work was throbbing and thrumming with sex. The actors portraying Othello and the young bride Desdemona could, at the start, hardly keep their hands off each other, and Desdemona’s first dramatic entrance was at a limping pace, the clear innuendo being that she was suffering from an excess of passionate lovemaking in the bridal bed. She – although of course it was really he – was slim and straight, not over-tall, with a long neck and sloping shoulders, and her hair was a dark mane. Her eyes were startling: light hazel in colour, they seemed to shine with gold when the light caught them, and I had the impression of huge and densely black pupils, as reflective as mirrors. Her bridegroom was a big, tall, heavy, handsome man, dark-complexioned and with black hair turning grey, and it was all too easy to imagine that his ardour would be uncomfortable for his pale, frail bride.

As if the visual impressions were not enough, there was the language. O, blood, blood, blood! the general moaned at one point, and, later, yet I’ll not shed her blood. And there was the business of the handkerchief, a gift from Othello to Desdemona and made of some pale fabric dotted with red: spotted with strawberries, according to the dialogue, although when this was accompanied by talk of a bed lust-stain’d with lust’s blood spotted and the bride’s mention of her wedding sheets, it was all too easy to see that the handkerchief represented the bloodstained bedding of fervid wedding-night consummation and a virgin’s ruptured hymen. And then the handkerchief ended up in the possession of a man observed wiping his beard with it, and everyone in the audience knew what was meant in a play when beards were mentioned.

Trying to distract my mind from these arousing images, I wondered if this had been the playwright’s intention, or whether this interpretation was the idea of whoever was putting on this particular production.

The trouble was, of course, that I’d had sex on my mind anyway, for I was standing next to Judyth, pressed against her by the crush of people, and I could feel the warmth of her beautiful body through our clothes.

Less than a month ago, in the course of an enquiry of mine, she had been put in danger and injured. Before we knew whether or not this injury was serious – thankfully it hadn’t been – she had rushed into my arms and I had held her tightly against me, resting my cheek on the top of her head and smelling the sweet scent of her glossy black hair. I had already been fiercely attracted to her before that precious moment, and now the thought of her was with me all the time. We had spent not a little of our rare leisure hours together, but always in company. I had yet to be alone with her, and did not know if I yearned for or dreaded it . . .

But there were other aspects of this play that were even more disturbing than its preoccupation with sex. As it drove on inexorably towards what was surely going to be a tragic final scene, I realized uneasily that it was a work full of obfuscation, of hinted-at secrets, of unspoken dangers. Of magic. I kept sensing that I was being presented with one version of the truth, whereas in fact what was really going on was deeply hidden under increasingly impenetrable layers. The actors seemed intent on confusing us – on fooling us, even – and much use was made of a rather beautiful mirror. It was about four feet high and perhaps three across, its top a graceful semicircle and its frame a geometric pattern constructed out of pieces of bronze, gold and silver. The reflecting surface was pitted and spotted with age, so that images could only be faintly made out. It was as if ghostly figures were moving on the other side of a gauzy veil.

It was used to shocking effect in the scene when the general’s emotions finally overcame him and he suffocated his wife. I had no idea how the Company contrived it, but it looked as if dead Desdemona was looking out from the mirror at the man who had just killed her. Othello, already in an agony of guilt, lunged towards her, a cry of anguish breaking out of him, only to slump back in despair when her image faded away. 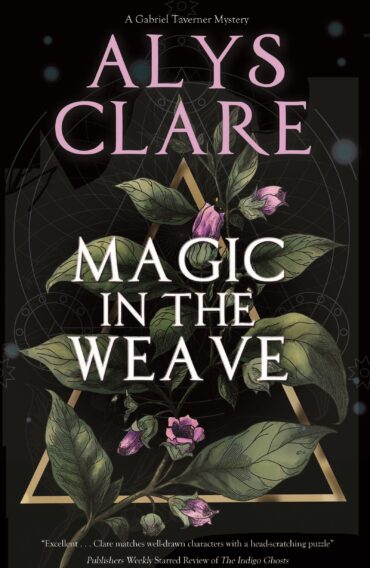 Alys Clare lives in the English countryside where her novels are set. She went to school in Tonbridge and later studied archaeology at the University of Kent. She is also the author of the Hawkenlye, Aelf Fen and Gabriel Taverner historical mystery series. 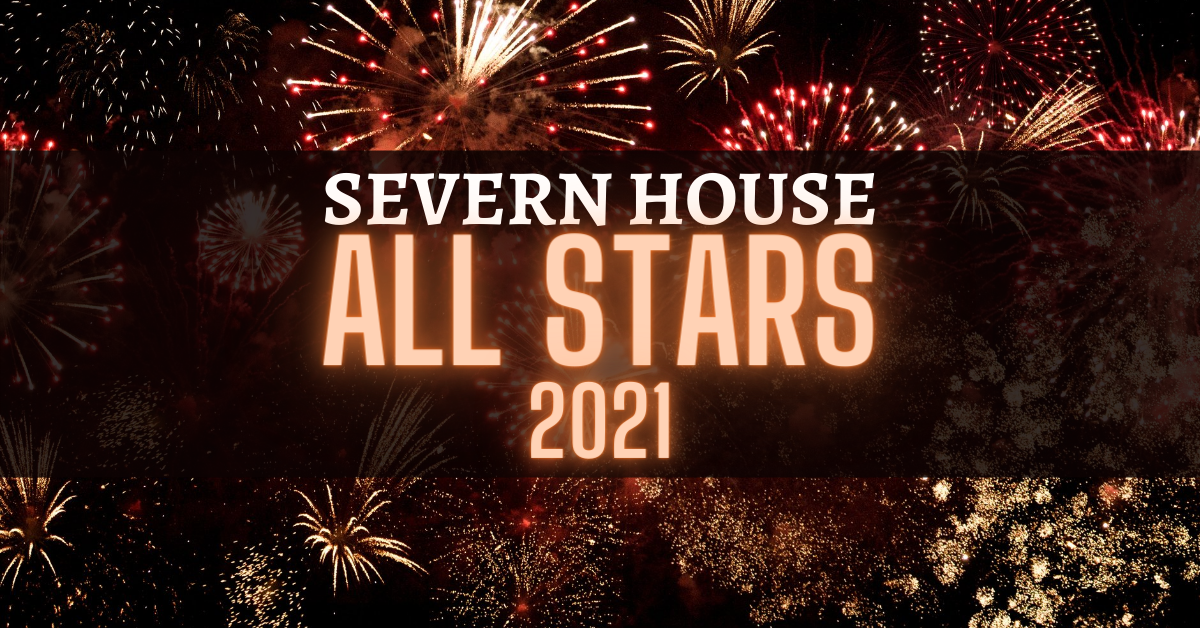 Severn House ALL STARS – All Our Starred Reviews from 2021! 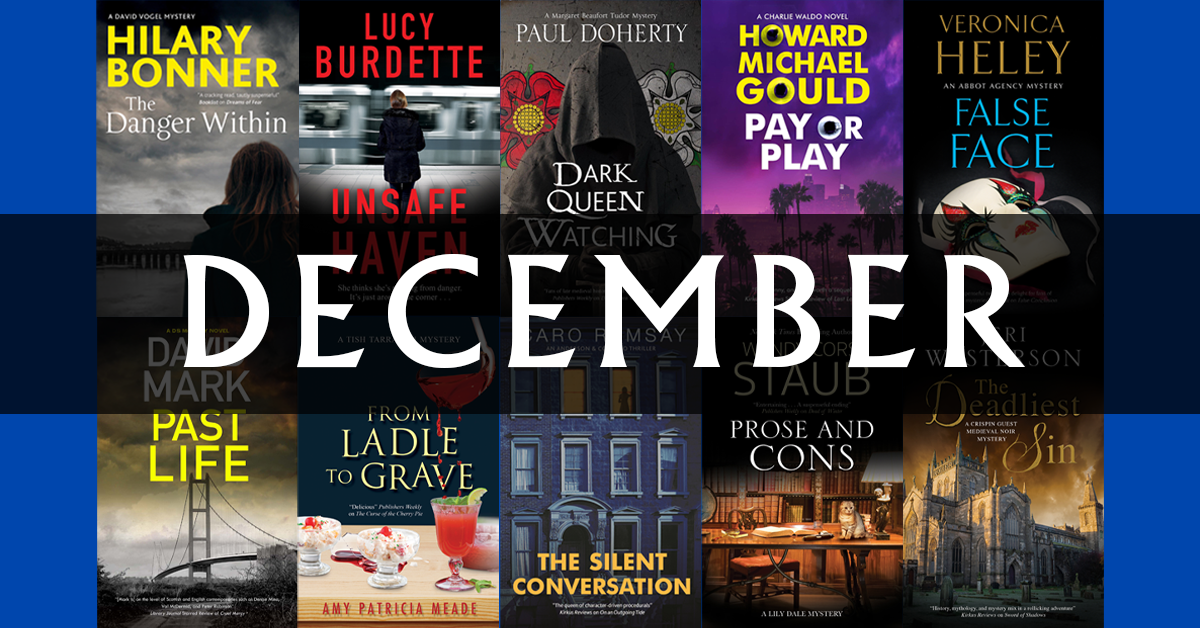 10 Exciting New Mysteries Out Today in the US 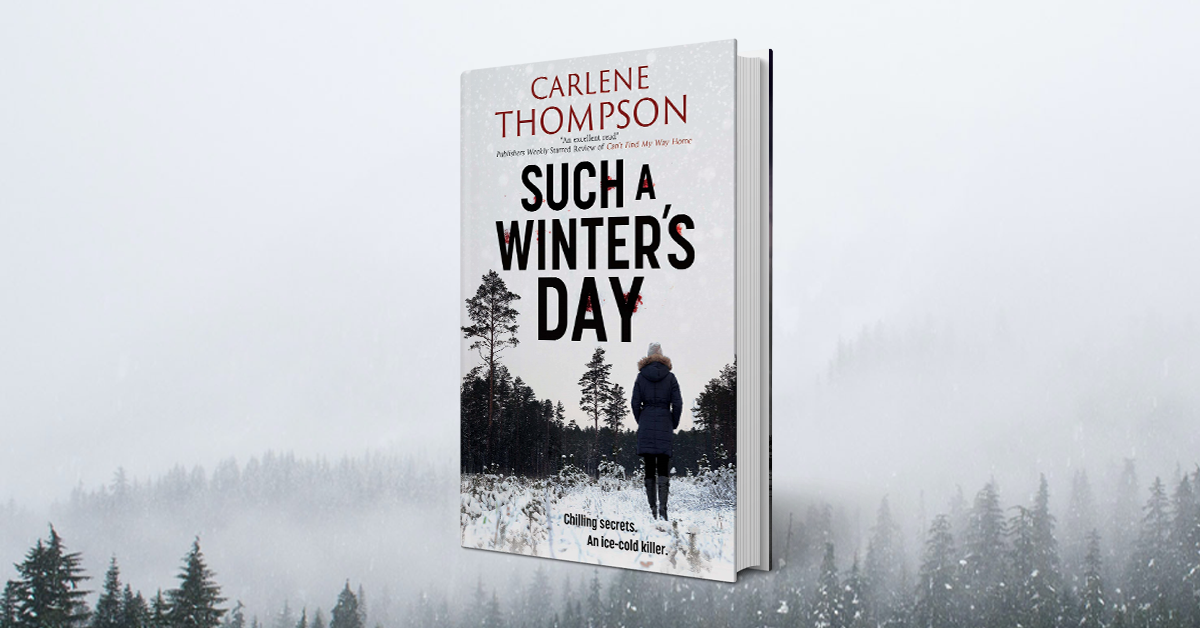